Well, it seems I was signed up for a challenge hosted by Rita of Jewel School friends...this one...originally scheduled for October. I did send an email stating that I wanted to participate, but I thought I was too late because I never received a reply. I don't know exactly what's going on with the hop, but I did read that this happened to poor Rita, and the hop was rescheduled to take place today, but I was still under the impression that I'd missed the cut...didn't even look at the list, just assumed I wasn't on it. I don't have a bead to work with or a post to share. This afternoon I noticed a increase in traffic sources coming from blogs rather than pins, facebook, twitter, google images, very un-random, and not normal for my stats. Soooo...I followed some of them...and it led me back to the delayed hop post...and Rita has me listed for this Falling on the Edge of October Blog Hop featuring Maryse Fritzsch's Sparkling Rocks beads. Which I could have ordered on my own, but did not :( ...you know, still thinking I was sitting on the sidelines I just figured I'd look at what the participants did with them.

I did think I was part of the Octoberfest hop, but then my name wasn't on that list...soooo maybe that's where the mix-up happened...and maybe the tree that landed on Rita's house...which made her have to move house...I think we can cut her some slack.

I do have some things to share, not really related, but fall inspired. My mother is a quilter, she pulls out and sets up a free standing quilting frame in her living room at the first sign of cold weather. This year she decided to make all 9 of her grandkids a quilt...by hand. She lost her leather thimble, and I just happened to have some leather scraps sitting around from my failed attempt this summer to make leather sandals with sea glass,..that's a whole 'nuther post. 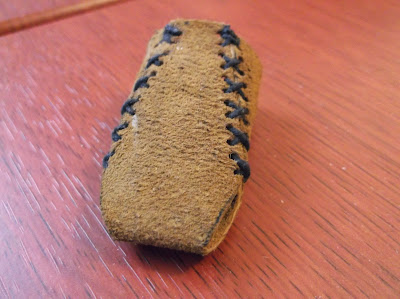 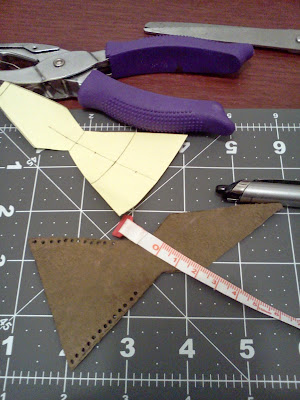 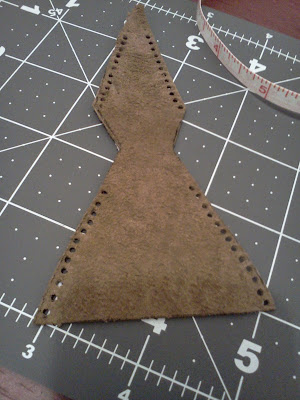 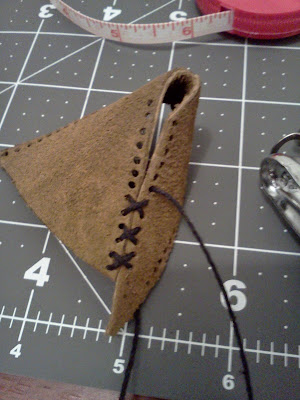 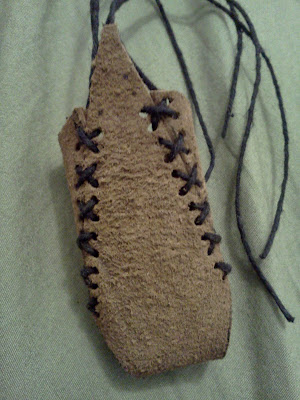 As you can see here I reversed the lacing, I don't know why I thought I could do it the other way, and you really need to do both sides at the same time in order to be able to see the holes properly.

I called my mother and told her I was a genius...I just hope it fits, lol, I measured my own thumb, not hers, lol. 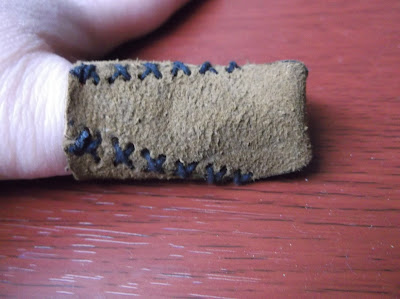 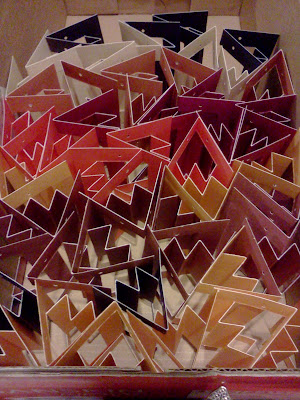 Fifty standing earring card displays...only took me two attempts to get this one right after seeing a similar one on Pinterest this afternoon...too bad the Holiday Baazar I was hoping to sell the nearly one hundred pairs of earrings I've been working on since July is taking place a month earlier than usual and I can't attend because I was already scheduled to work :(


Fifty pairs of earrings ready to go...just in case. 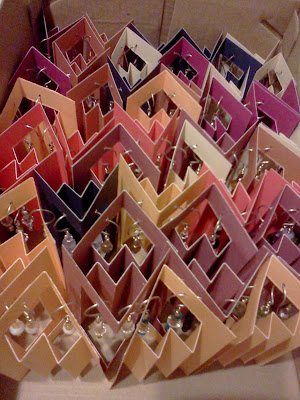