I forgot to announce that the final two reveals for Lori Anderson's Bead Soup Blog Party 7 was postponed for a week each. The first group revealed on March 30th and I forgot to post about that too. Today the second group (myself, my partner Lennis Carrier of Windbent, and another couple hundred beaders) are posting what we did with the beads we swapped with each other.

So here's a reminder of what Lennis sent  me: 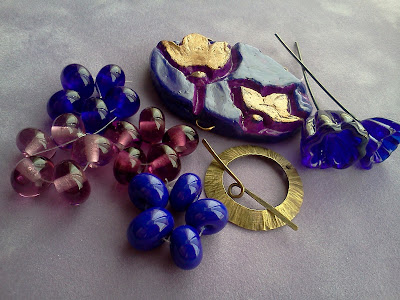 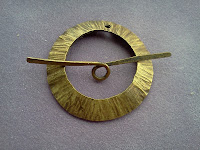 The required elements:As per Lori's rules, every soup had to include a clasp that wasn't a simple lobster claw etc., and a focal; these had to be incorporated into one or more of the recipient's design. 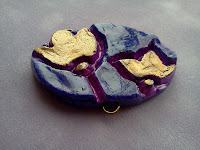 My toggle clasp was made by Cheryl Foiles of Get Your Bead On and Lennis made the beautiful polymer clay focal herself.

This is the third evolution of Lennis' focal for me. Initially I wanted a wind chime, but I had no idea just how complicated it is to string chimes. I have two wind chimes that I wanted to recycle since the guy who mows the little bit of lawn I have does so with a weed eater and chopped off the center of both of my favorites...it was the perfect way to showcase both sides of the focal. But alas, all I managed to do was make a mess of the strings, I tip my hat to all those with this amazing talent I so obviously don't posses.
After that I tried some macrame...and that wasn't working either...mostly because I'm not so good at knotting without either pulling too hard or not enough, in this case, not enough. I tied about 9 switch square knots and left it sitting for 8 hours while I went to work, and they'd all come loose on their own :(.
So this is the result of my last minute creative blitz:

That bottom tulip kind of reminds me of a glass of bubbly, lol. 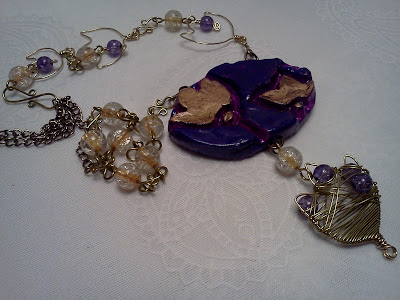 These were the coordinating beads Lennis sent, made by Hannah Rosner of Good River Galleries 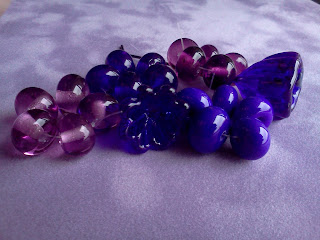 And this is what I came up with for most of those: 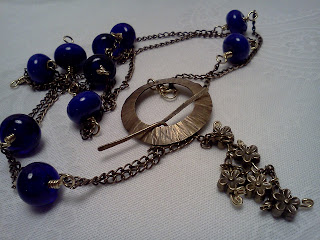 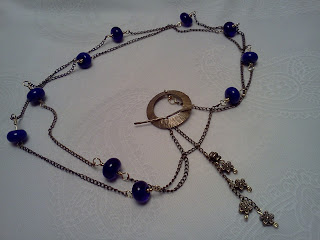 This is a 38 inch belly chain/lariat, one of my specialties I guess you could say. I love the way it sits as a belly chain, but when I wrapped it around my neck it took on an unexpected geometric fit because of the disproportional weight of the lamp work beads with the lightweight brass curb chain.
The little brass floral beads are leftovers from the Znetshows.com challenge I participated in earlier in the year. 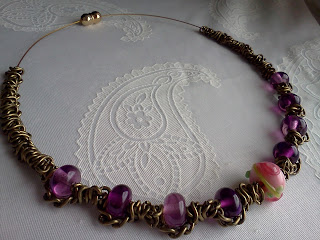 This one is my favorite though, it took me four tries to get that chain on there right, I'm not a very good stringer, never been the best at that kind of math. But man was it worth it. This picture hardly does it justice, those two shades of purple were the perfect match for the bulky brass curb chain that I fed over this pre-clasped choker. It has a screw on magnetic clasp, but only one end opens, and it's pretty large screw, amazingly the lamp work beads were the perfect size! It's pretty darn heavy but that clasp holds on tight. The rose lamp work bead in the center is by Sandy Headrick from Kokomo Opalescent Glass. 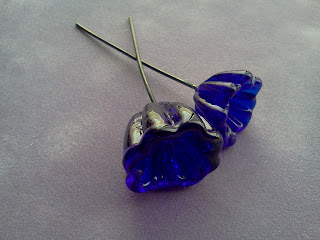 I still have these lamp work headpins, I attempted to use one in a fourth piece, but I had a bit of a...mishap if you will. Always practice a new technique on something else first ladies...it's salvageable, but only because I realized what was happening before I went too far. I'll update when I figure out how to add them to the viking knit anklet I made.

Now hop on over to Windbent and check out what Lennis has done with this: 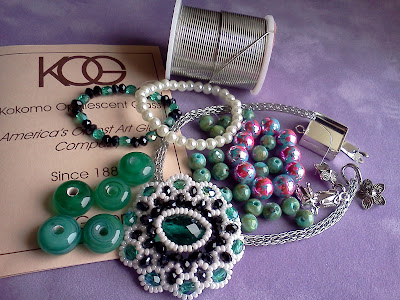 Update: Some better photos of the pieces I made for BSBP 7, we've had thunderstorms for over a week now and I didn't get good photos of  anything because of the bad lighting, so when we finally had a sunny day I retook them. 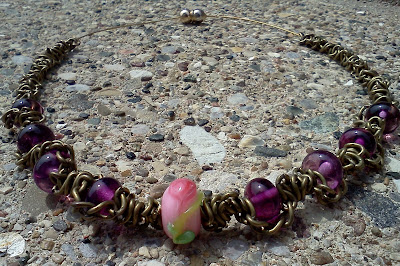 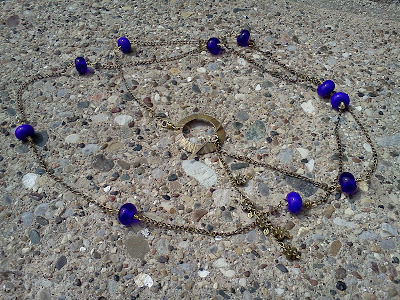 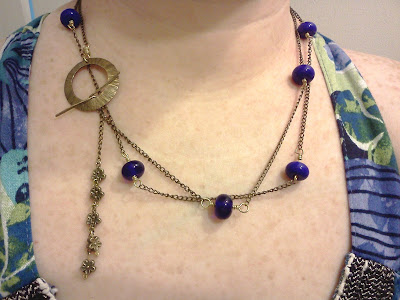 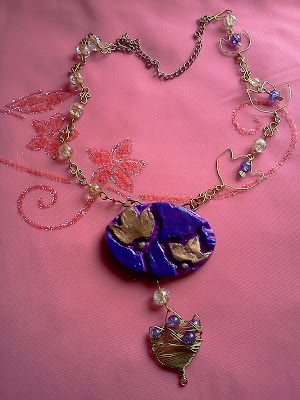 And as some of you may know (because I posted it all over facebook, to my complete embarrassment) that I believed my jewelry collection to be stolen from my apartment. Fourtunately I was wrong. I found the box I keep them in lodged under a chair I never sit in, but not before the very generous Bill Zhang from Znetshows.com sent me a whole new 'soup' to work with so that I could replenish my stock and reopen my Etsy shop. I offered to repay him for his kindness and instead he suggested another challenge...um, yum! The best kind of bead soup! So, I have 30 days (well, 26 now) to complete 5 designs. You'll have to come back here to find out what I come up with for these beauties! I've already started on three ;) 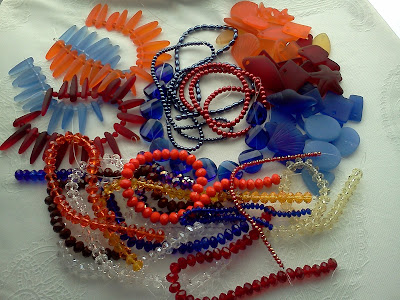